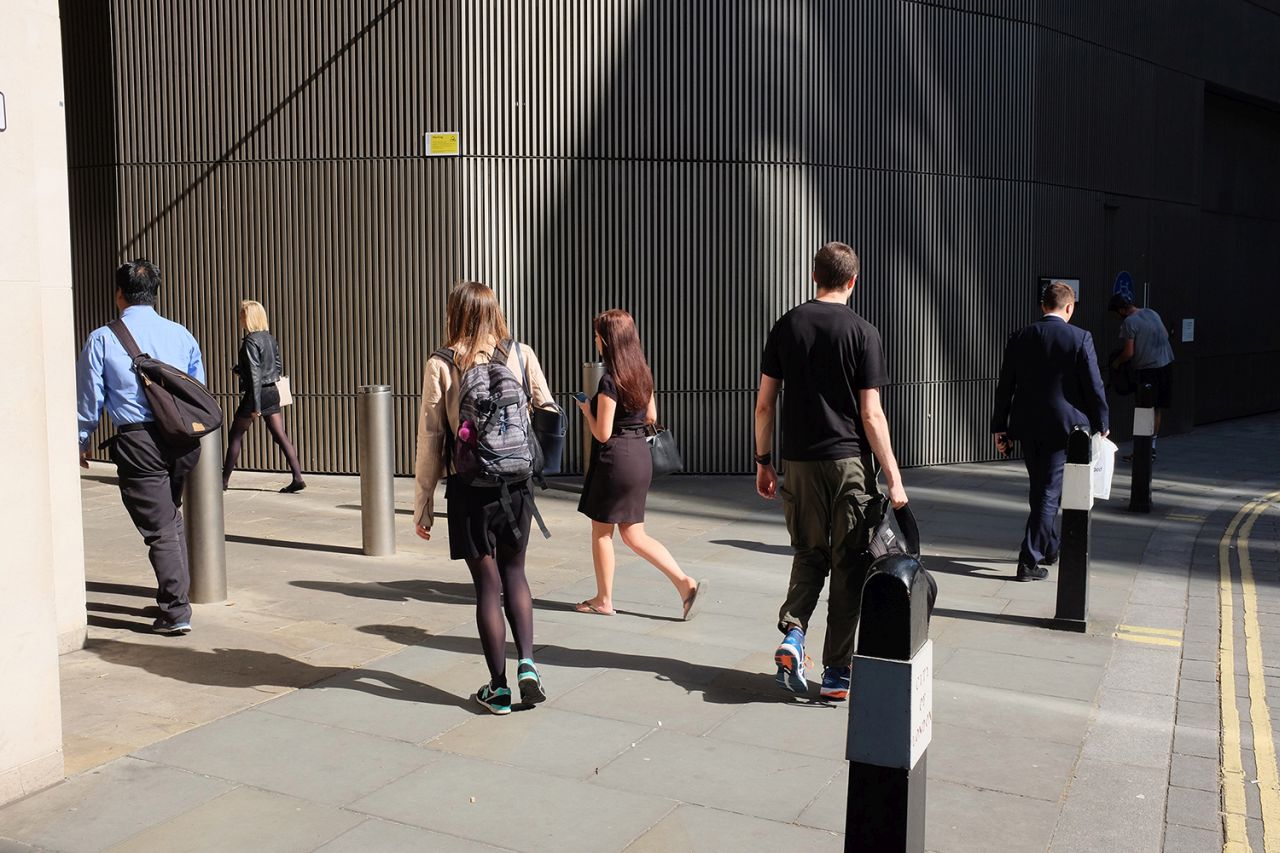 Streetmax21 captures the robotic predictability of life in the city of London, made strangely seductive by the formality of its inhabitants.

I’ve taken photographs most of my life. I used to be an architectural photographer, shooting large and medium format film for clients. I’ve also done some press photography.

What is your motivation to photograph on the streets?

After the crash, my business tailed off, but that gave me the opportunity to shed the heavy kit and revel in the freedom to roam with just a handheld and obviously much lighter camera. It dawned on me slowly, that I might be doing street photography! Since that time, the bulk of my work has been shot in or around the City of London where I’ve lived for nearly twenty years. The City is the richest borough in the world surrounded by some of the poorest boroughs in Europe. There’s a kind of robotic predictability to life there; an unreality that is underlined and made strangely seductive by the formality of its inhabitants, the sandy limestone and other imported materials that give it its neutral and corporate feel, and the light which is often flat.

You like to shoot street scenes that almost look posed. How did that particular idea and style come about?

It’s quite hard to pinpoint. They’re not posed, of course, but I accept that people have described the figures as looking like replicants, which is perhaps a bit strong, or cyphers. I like the idea they appear like this.

Around 2009, I’d bought my first Nikon DSLR and begun experimenting with it. Almost by accident, I’d shot a couple of frames containing several figures where there was a direct line from the viewer to the whole of each figure. I didn’t pay much attention at first but gradually became excited by the fact that I couldn’t find anyone else shooting entirely in this way. I’ve always had the photorealist paintings of Howard Kanovitz in mind, and there are photographers like Pelle Cass and Peter Funch who have made images where there is a similar distribution of figures across the frame, but they’ve used digital composite techniques to achieve this. So far, I’ve shot in real time. Getting consistency and enough product is a difficult thing to do however, and I have a high failure rate. 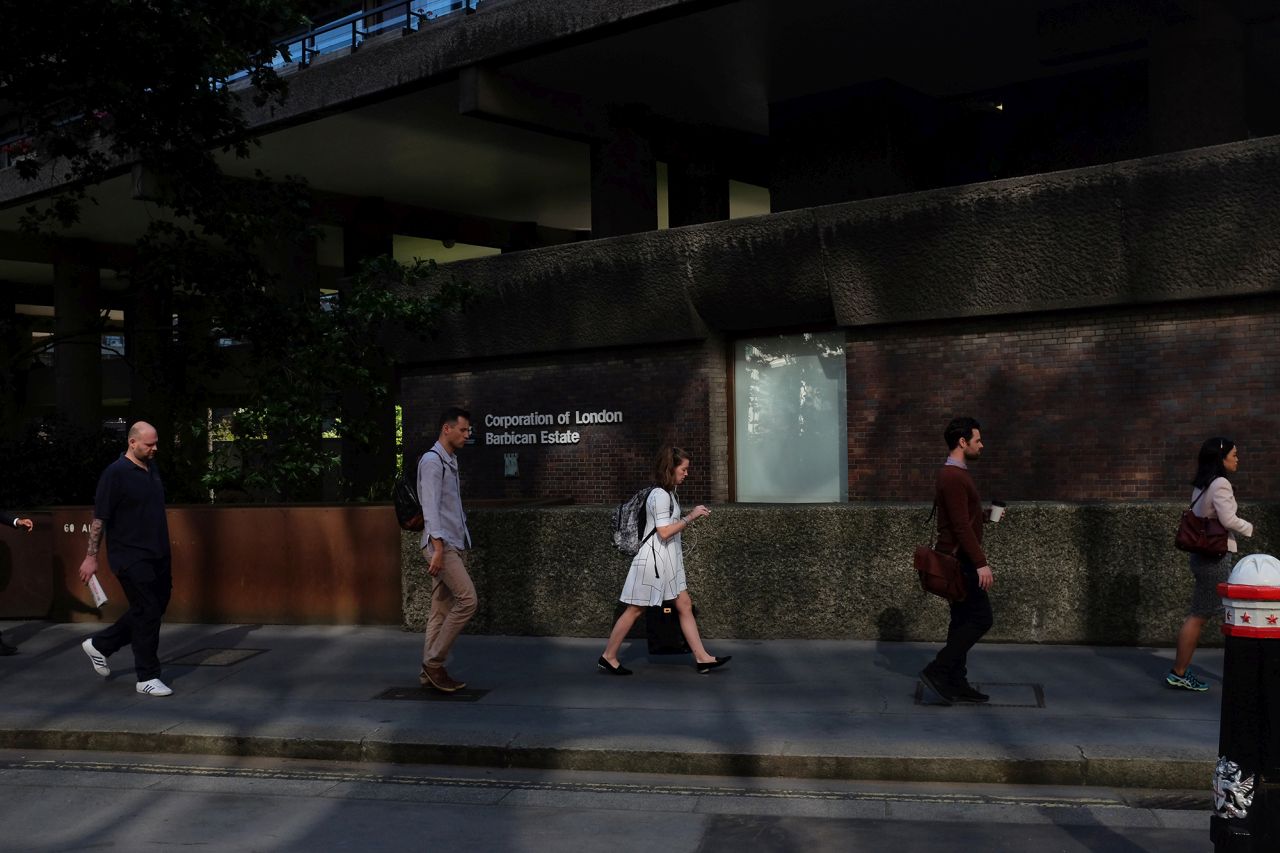 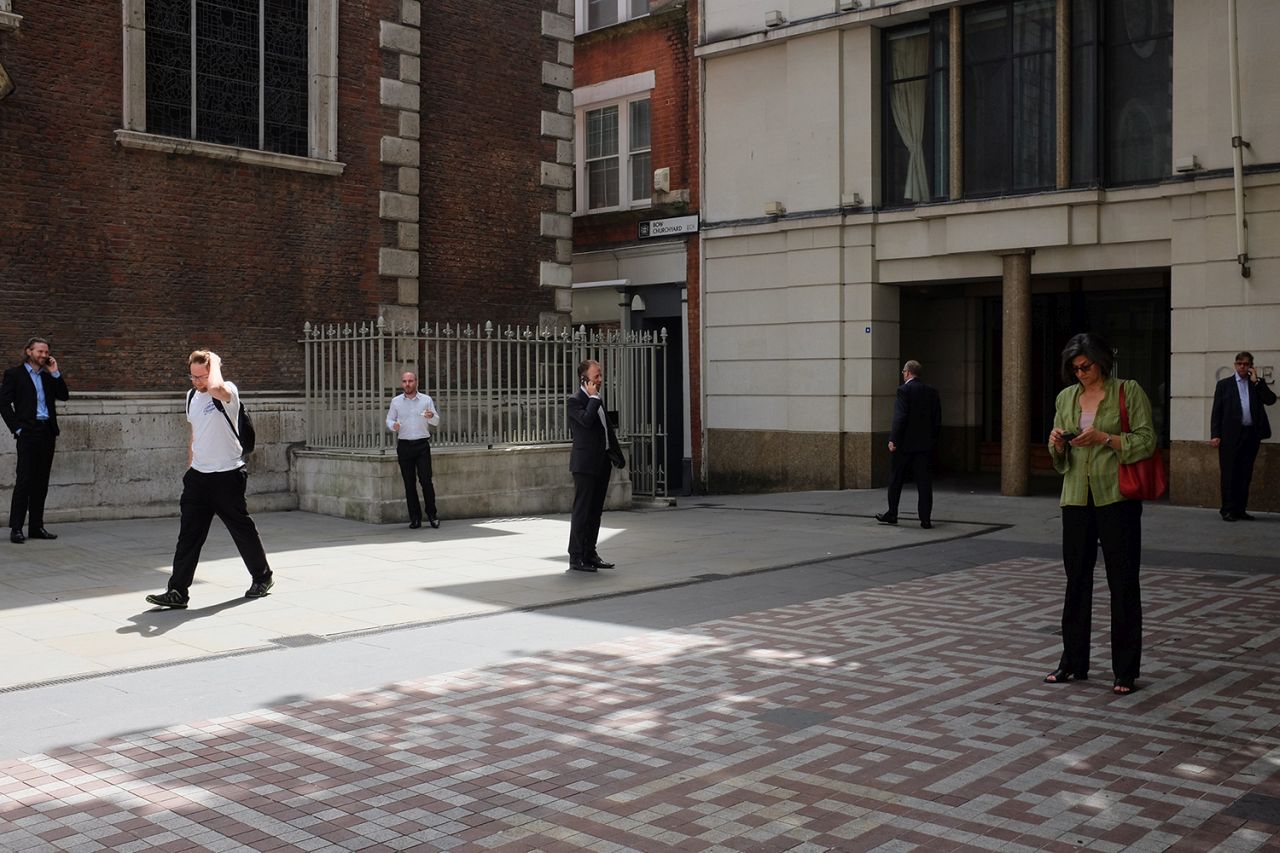 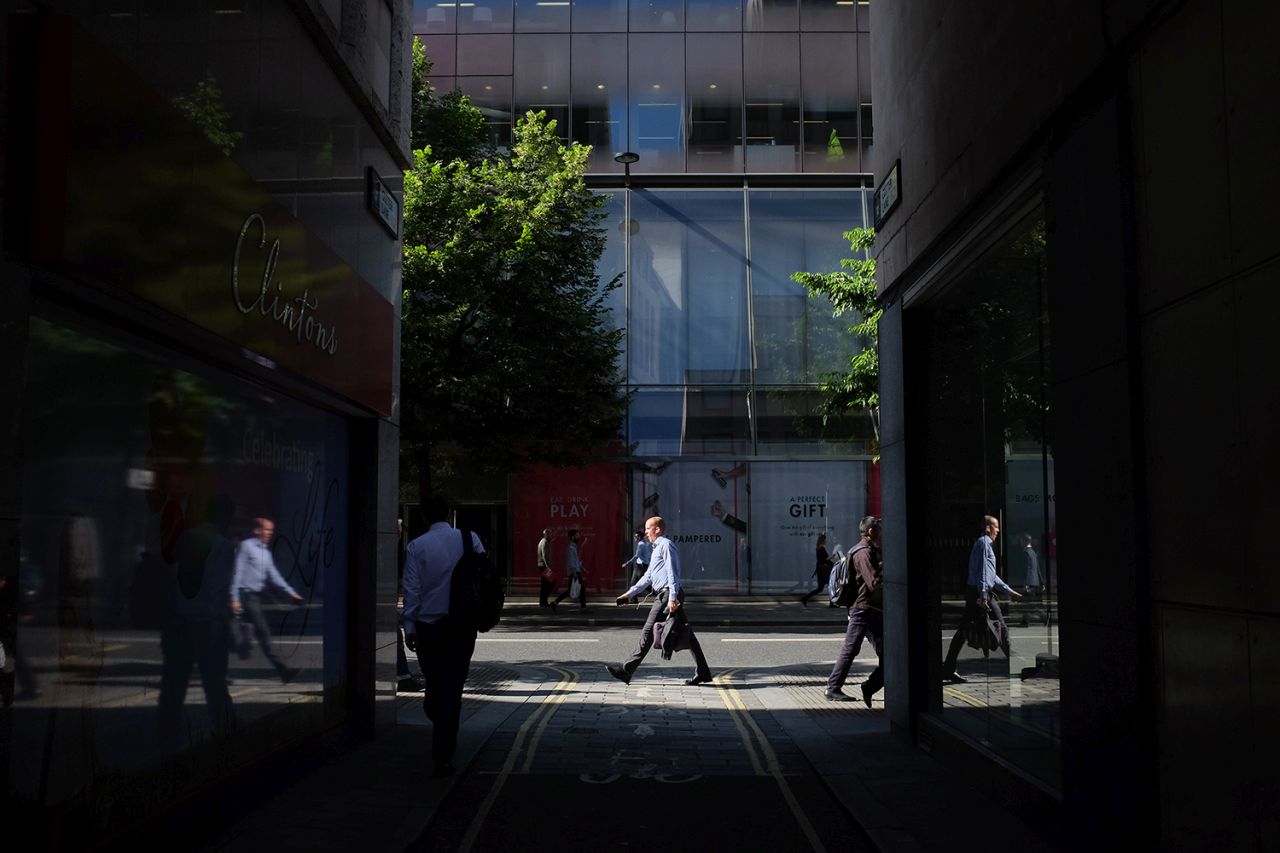 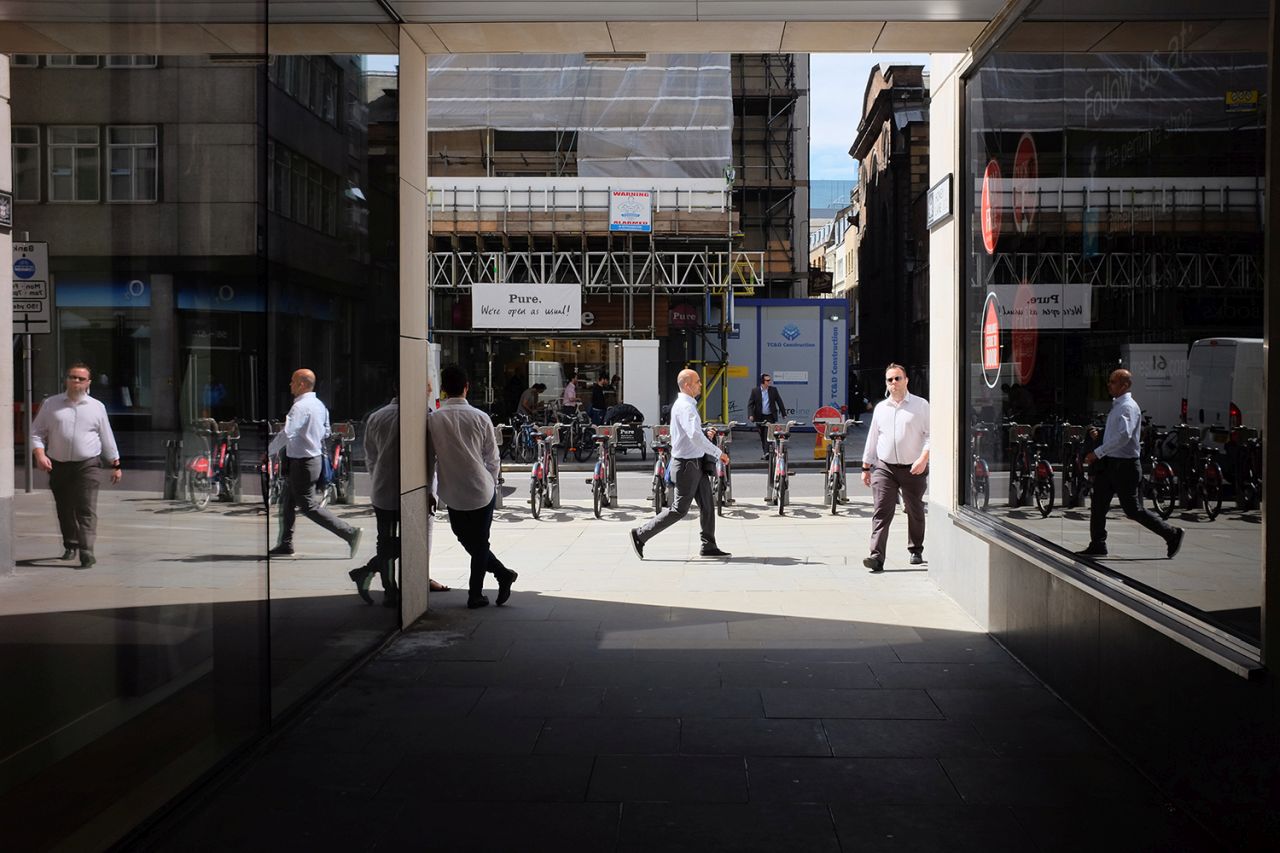 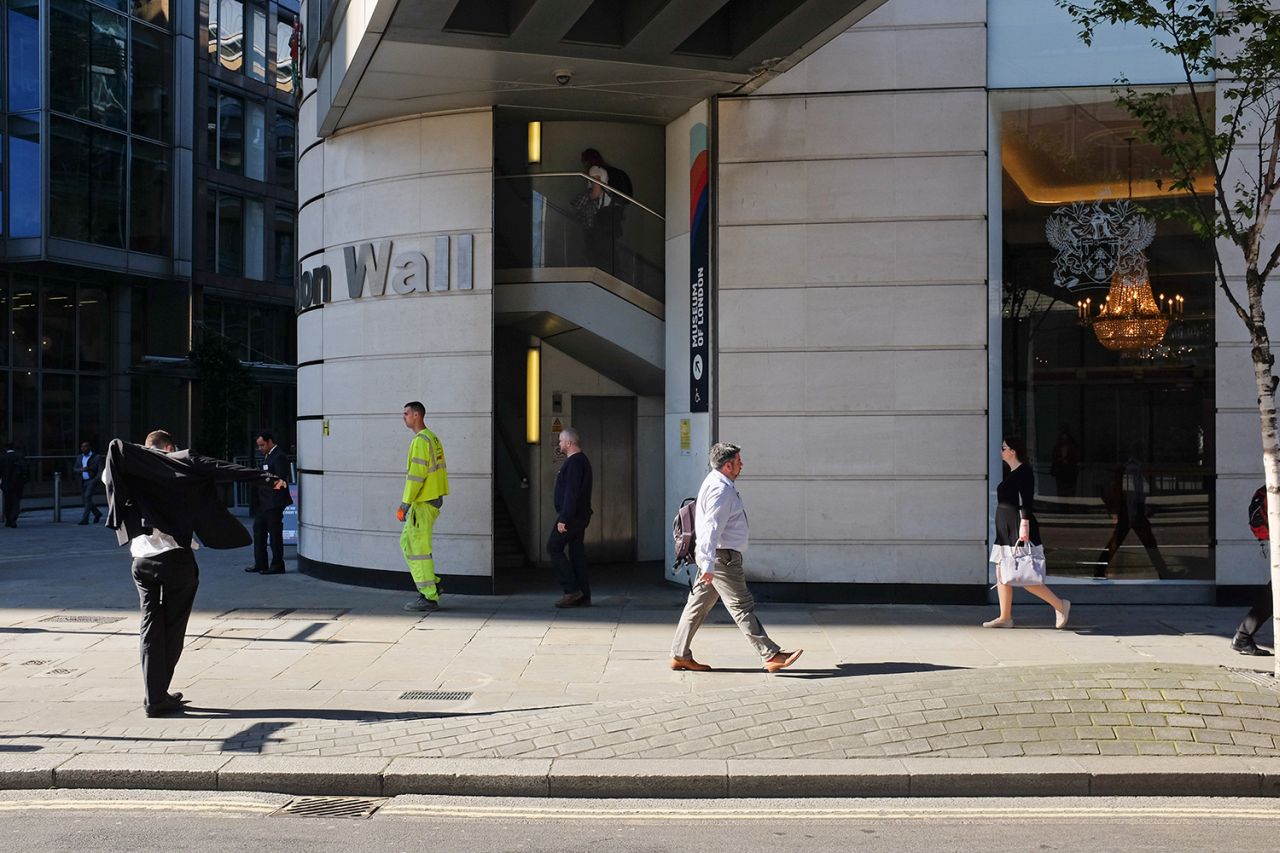 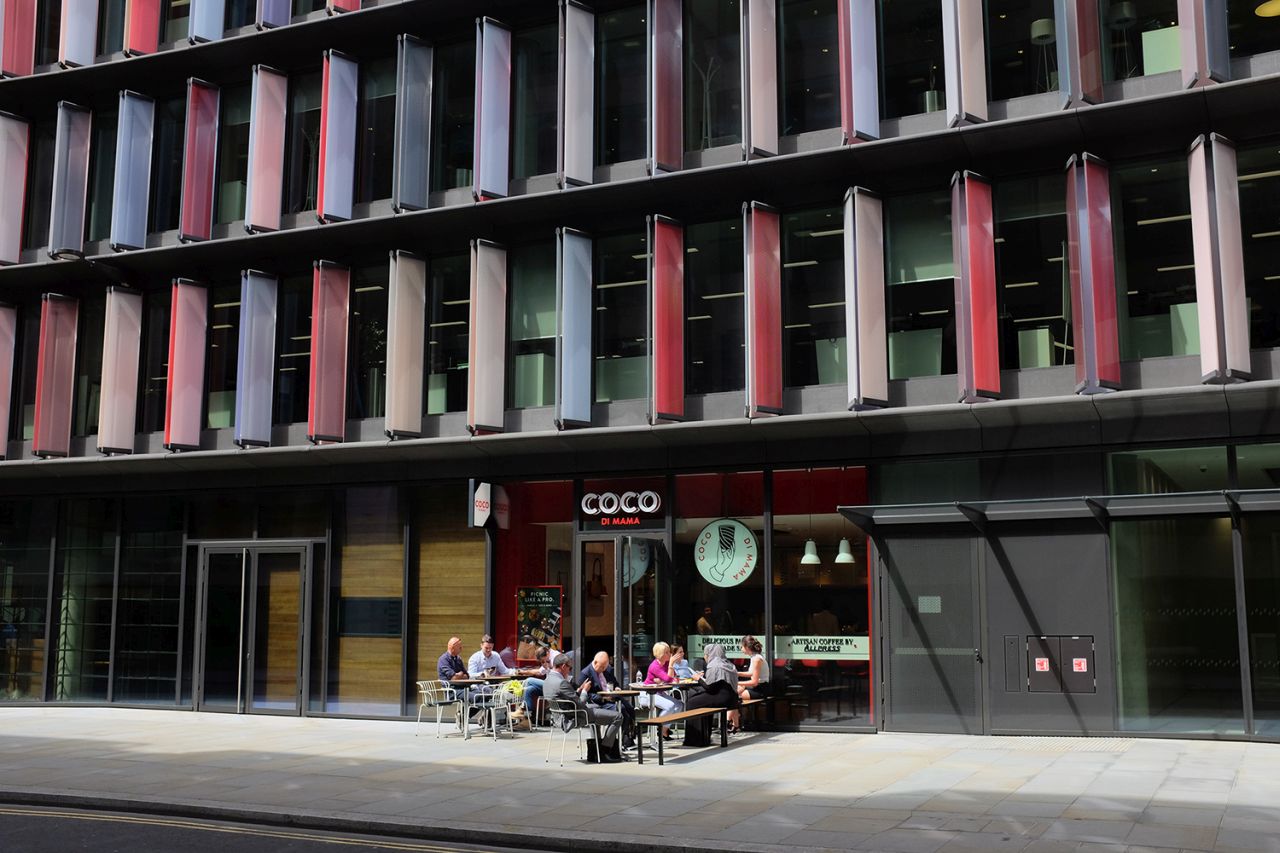 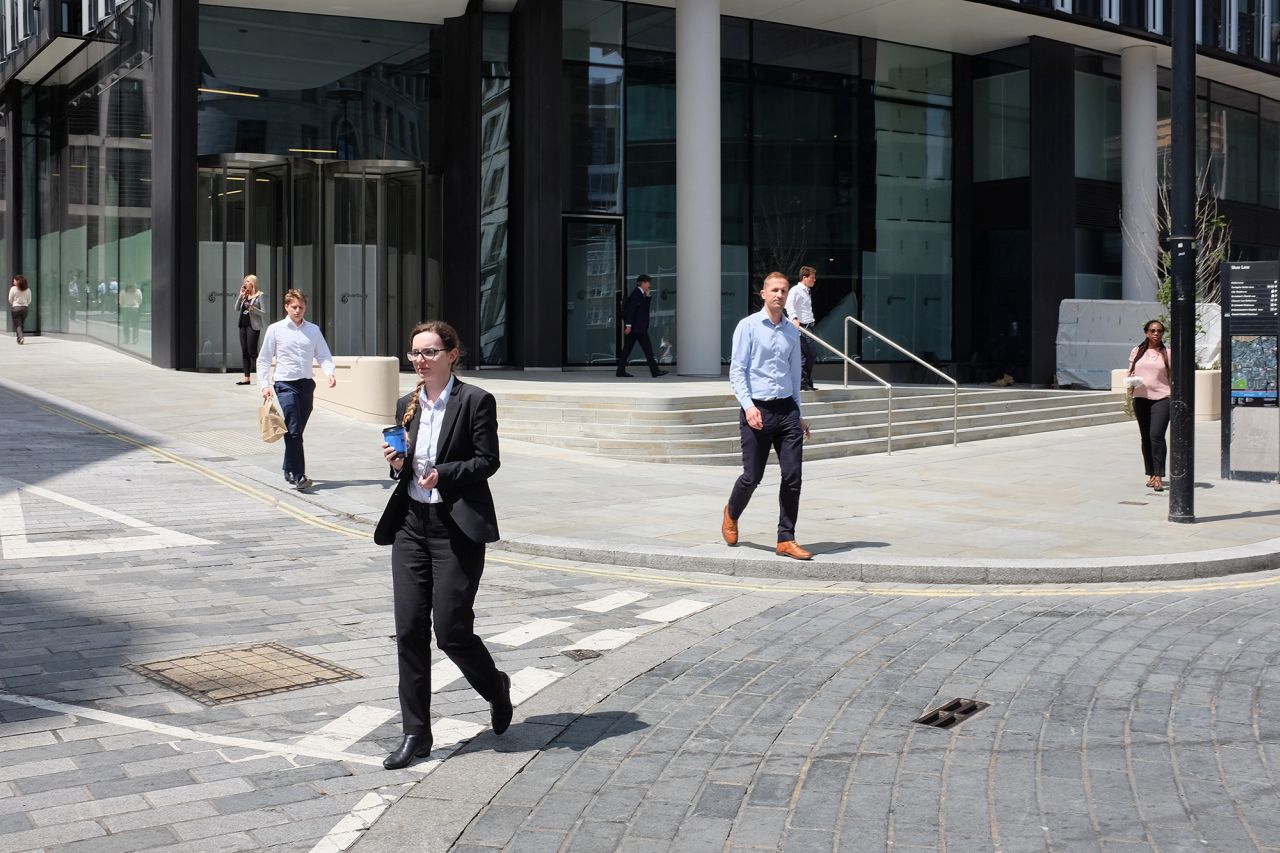 What is your approach when developing such scenes?

I try to choose architectural backgrounds against which I can display separated figures, distributing or choreographing them across the frame. The architecture becomes almost a non-referential space, incidental to a scene or situation that may or may not evolve within it. Also, I tend to look for sites or places where people pass through without congregating.

To begin with, if there is one figure or two or more figures who are positioned apart, I’ll wait until they’re joined by others in the hope that they’ll create a spatial and enigmatic dialogue. Often these isolated figures don’t have to be interesting in themselves, so long as they create a narrative tension with others. It’s important that there is an element of movement from the figures. Everything must appear to be changing and in flux at the same time as retaining a spatial integrity.

What are your future plans or projects?

I have ambitious ideas and plans to develop this strand of work. I can see lots of scope for introducing digital tools alongside other media. It’s unlikely to be street photography in the strictest sense but it will have its roots there. I like the idea of constructing and/or corrupting the narrative, and imagery needn’t be limited to photography alone. Commenting or having a discourse on the information age would seem to be a valid concern. Personal connections, or the lack of them, could be scrutinized in specific social communities affected by the confluence of social media and their carrier devices.

I have not dissimilar streams on 500px, LensCulture and UrbanPicnic. I really should find the time to create my own website.