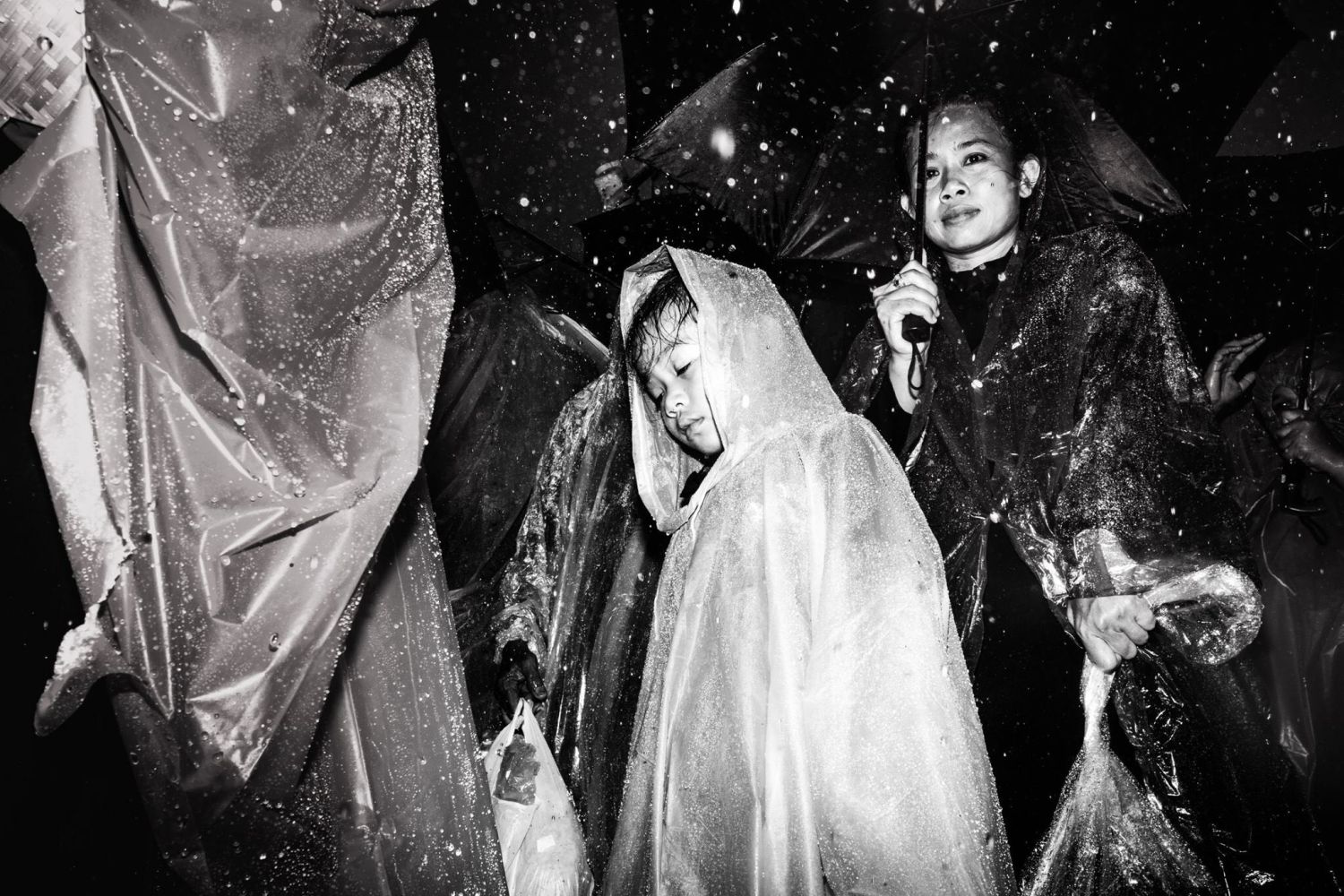 My name is Tang Tawanwad Wanavit, but most people just call me Tang, currently 27 years old. I have been shooting Street Photographs for almost 2 years now. I work as a cinematographer in Thailand, mostly shooting television commercials.

Your series is about the death of your King Bhumibol Adulyadej. Please tell us about the atmosphere and the situations you encounderd that day and night.

The photo series was from 2 days before we lost our former King. Thai people were gathering because we did not want to lose King Bhumibol, but the only thing we could do was to stay close to the hospital and pray, hoping that our energy could reach his majesty the King. I started taking photos of faces of the people around there, I took almost 2,000 images, but the moments that touches me the most was when it rained very hard, but nobody moved. They all stood their grounds and just stayed because they love their king. 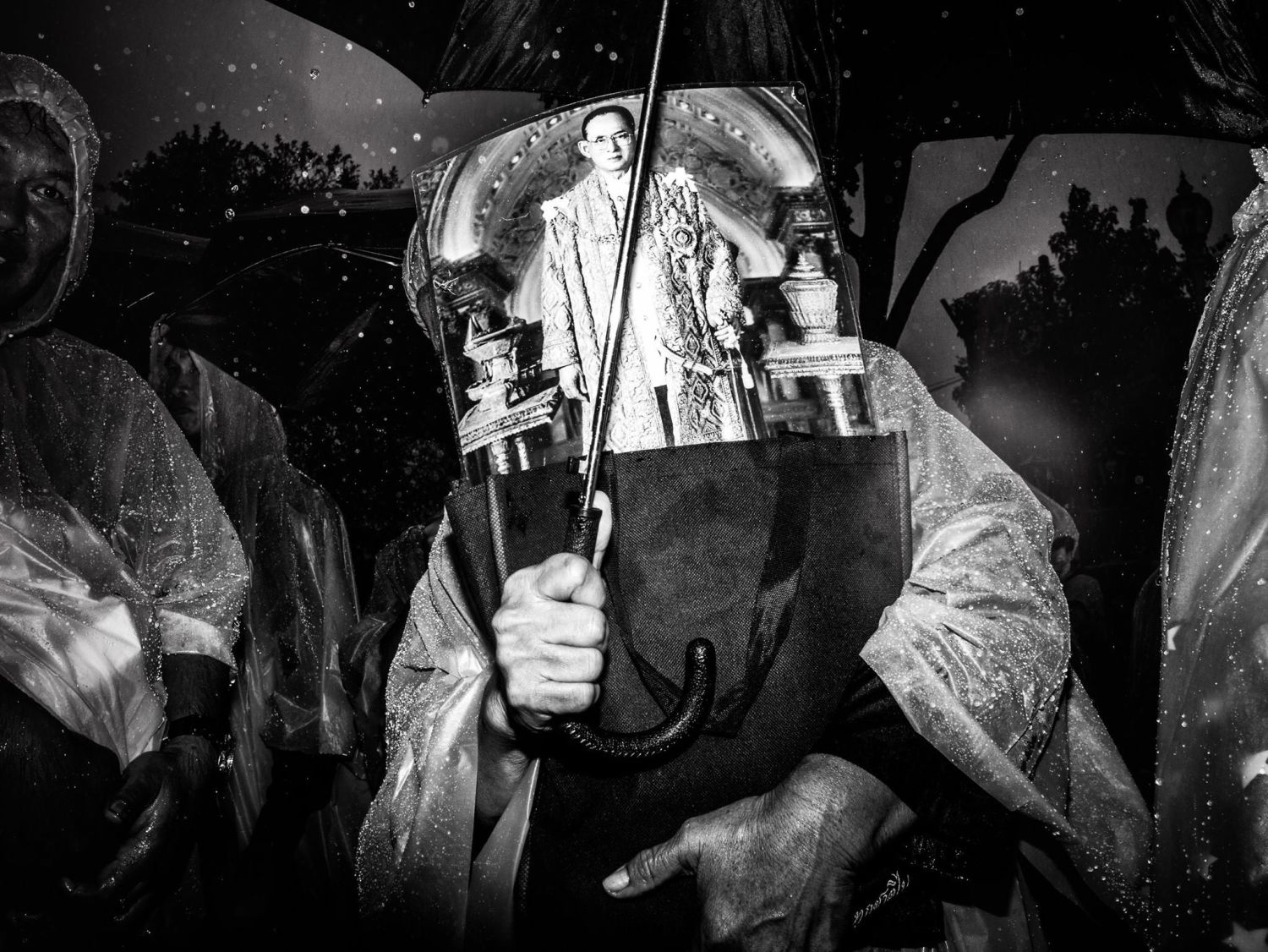 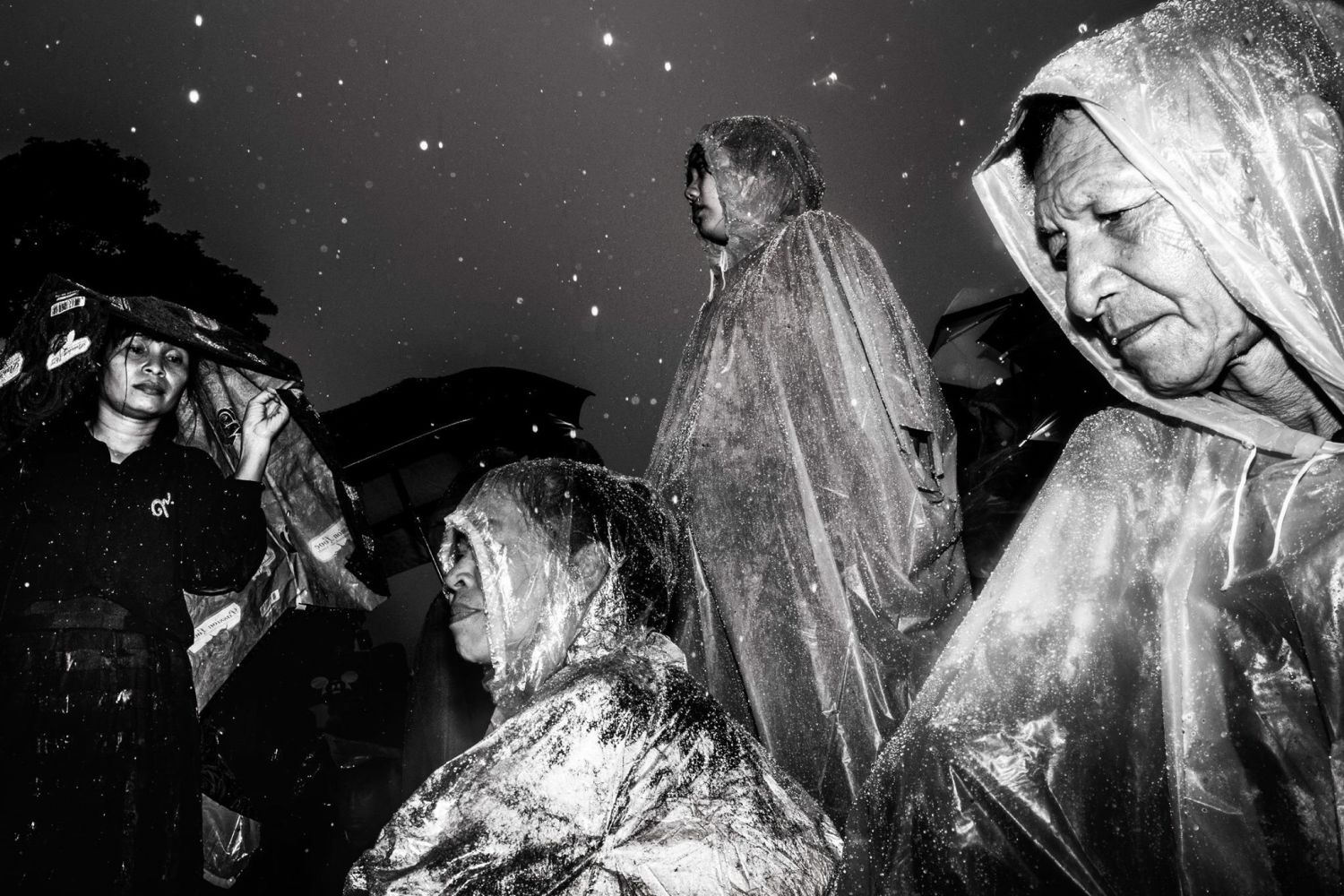 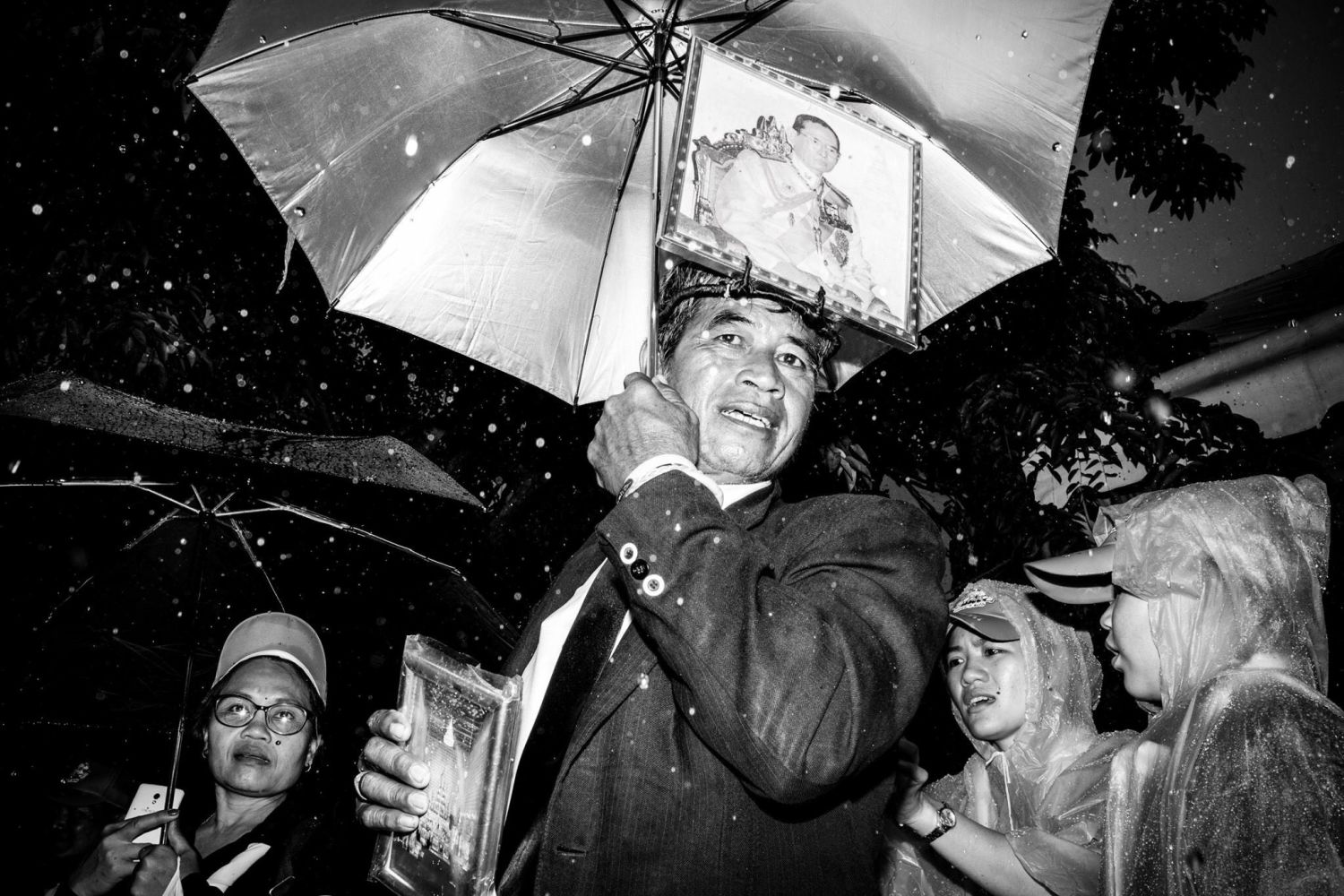 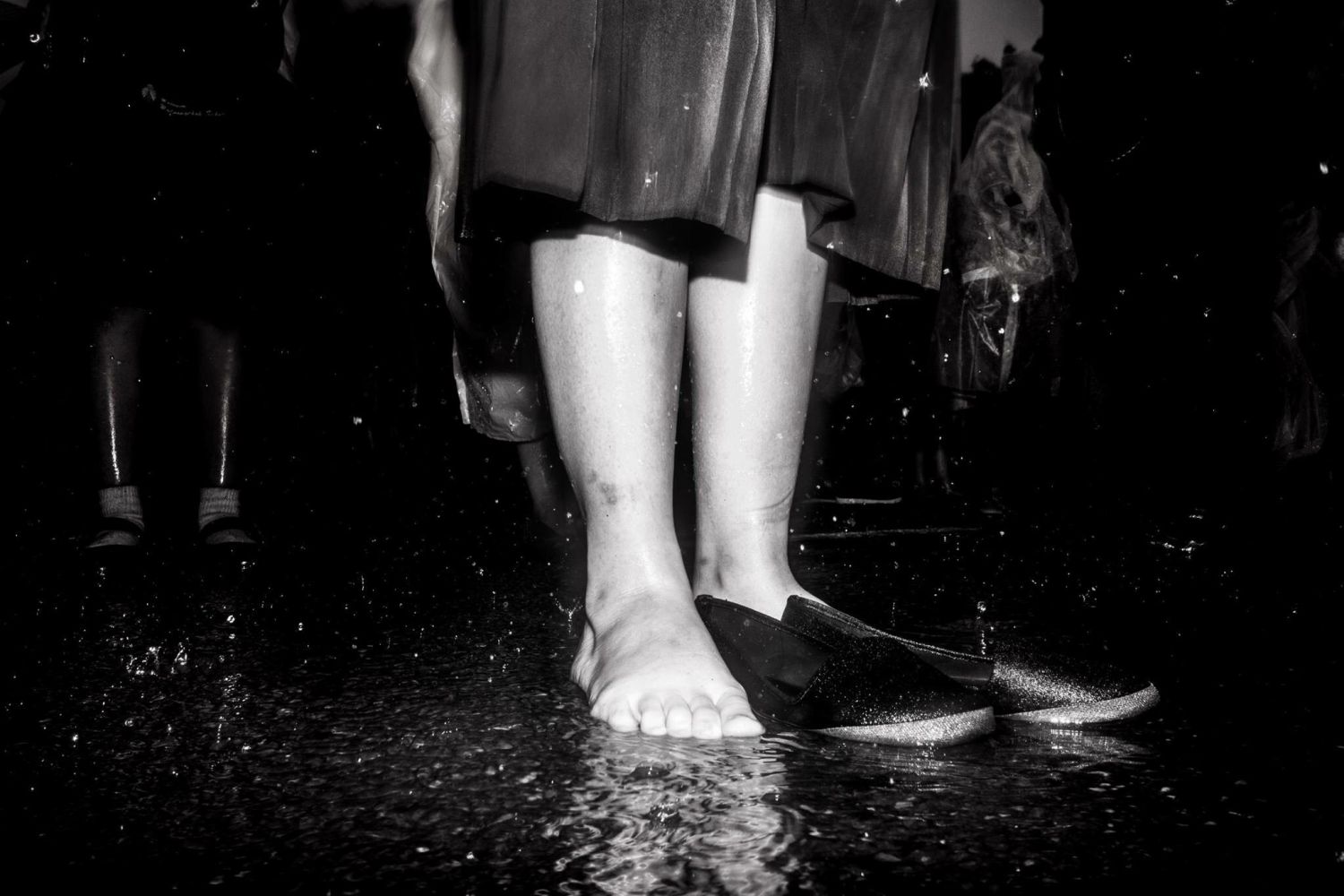 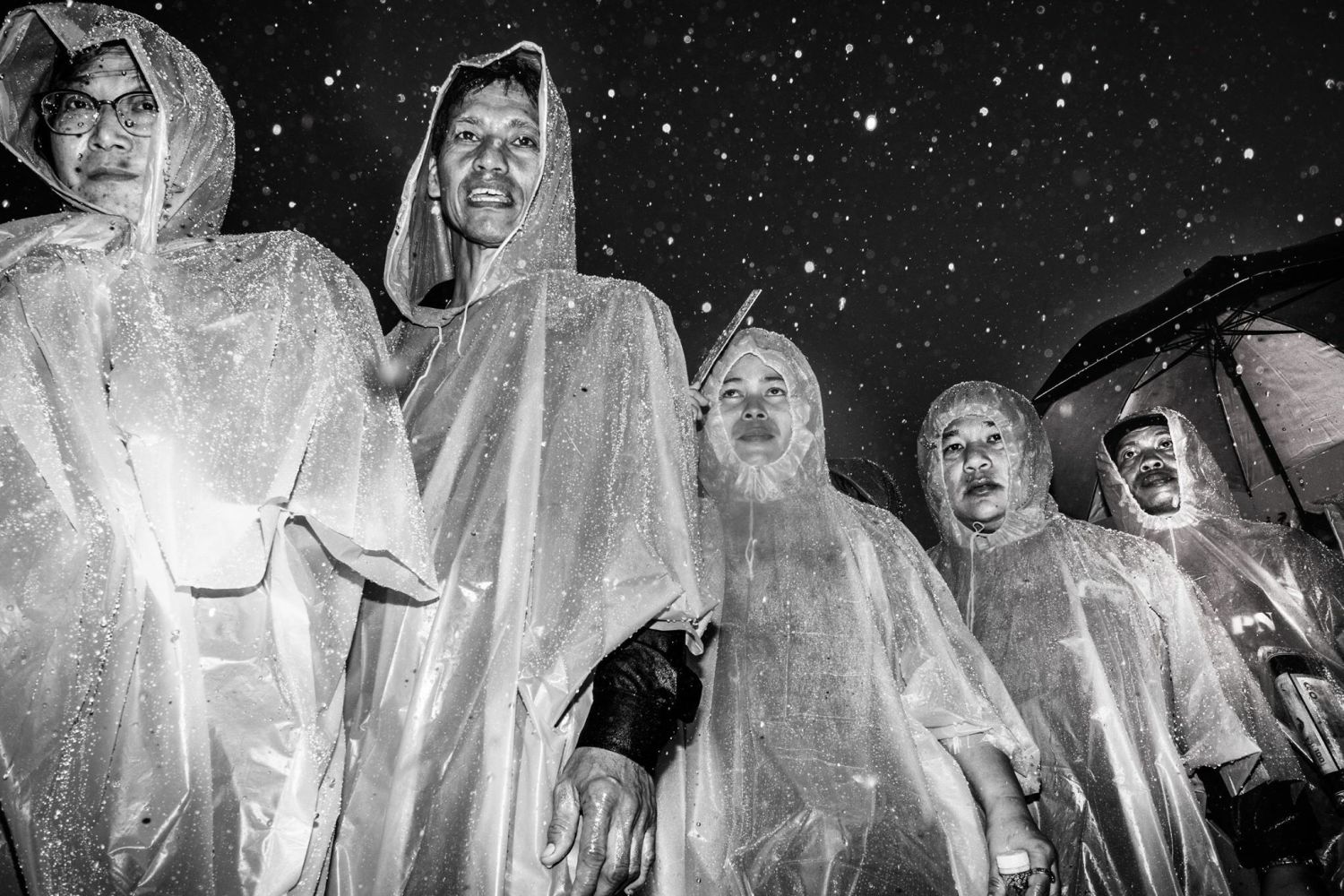 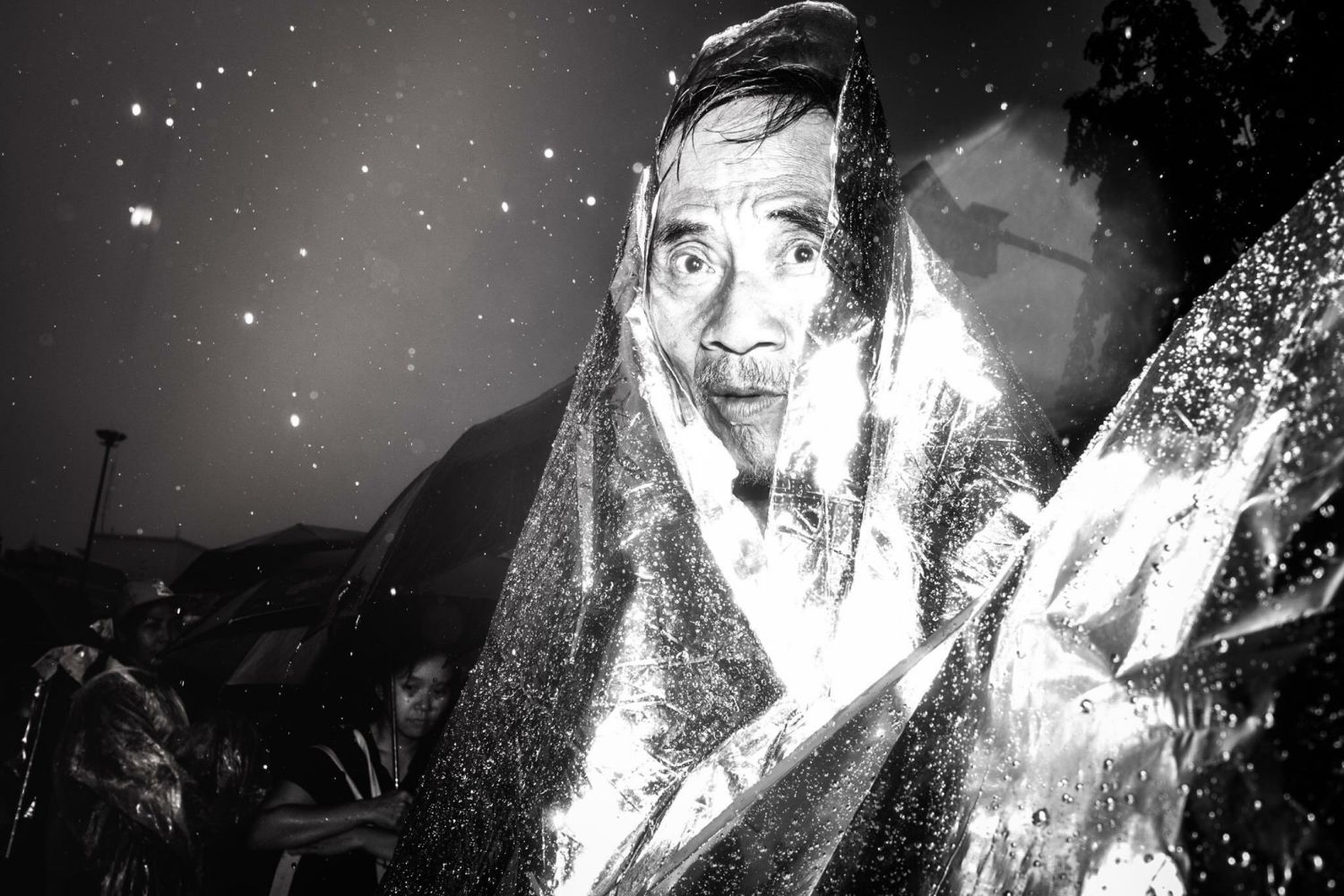 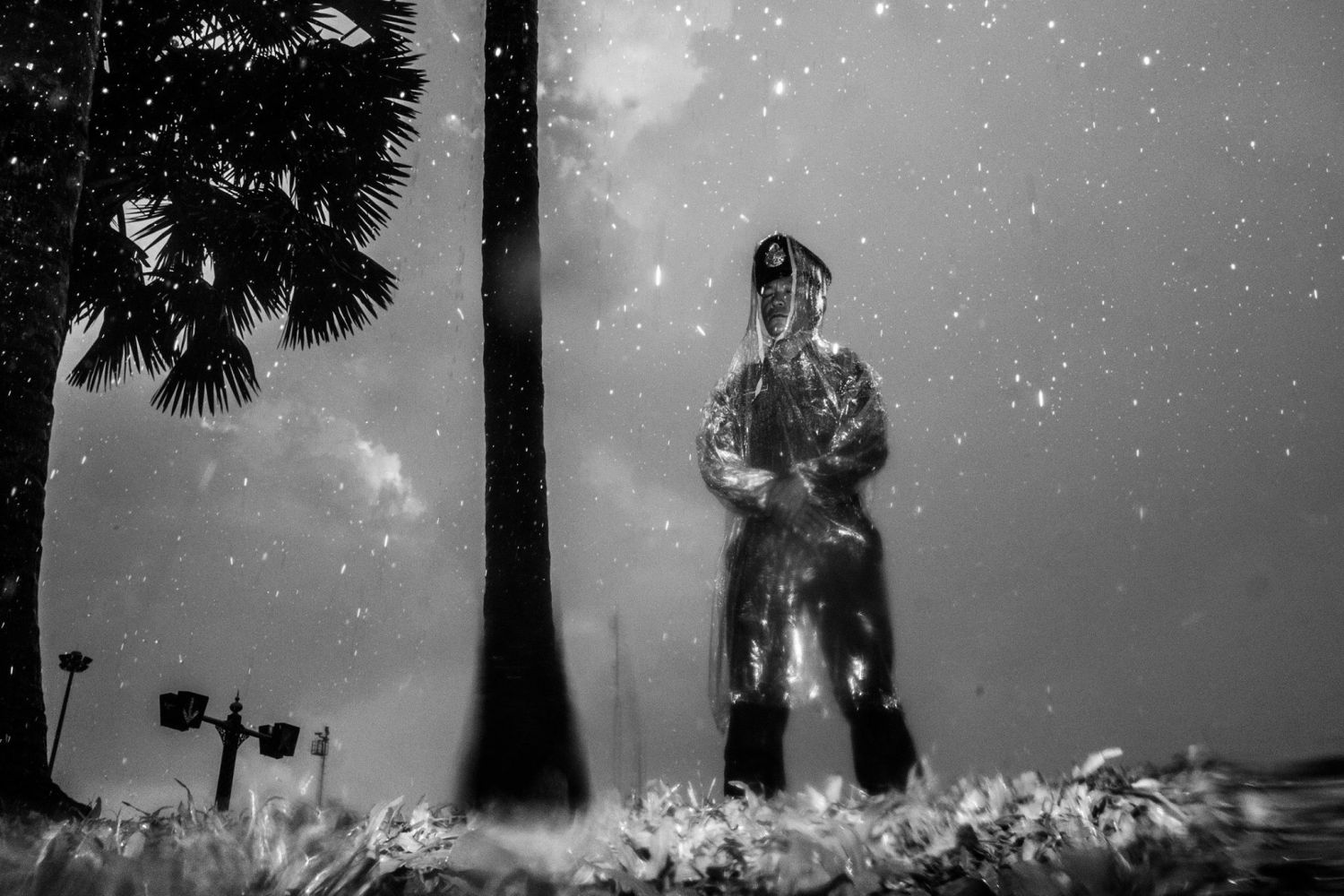 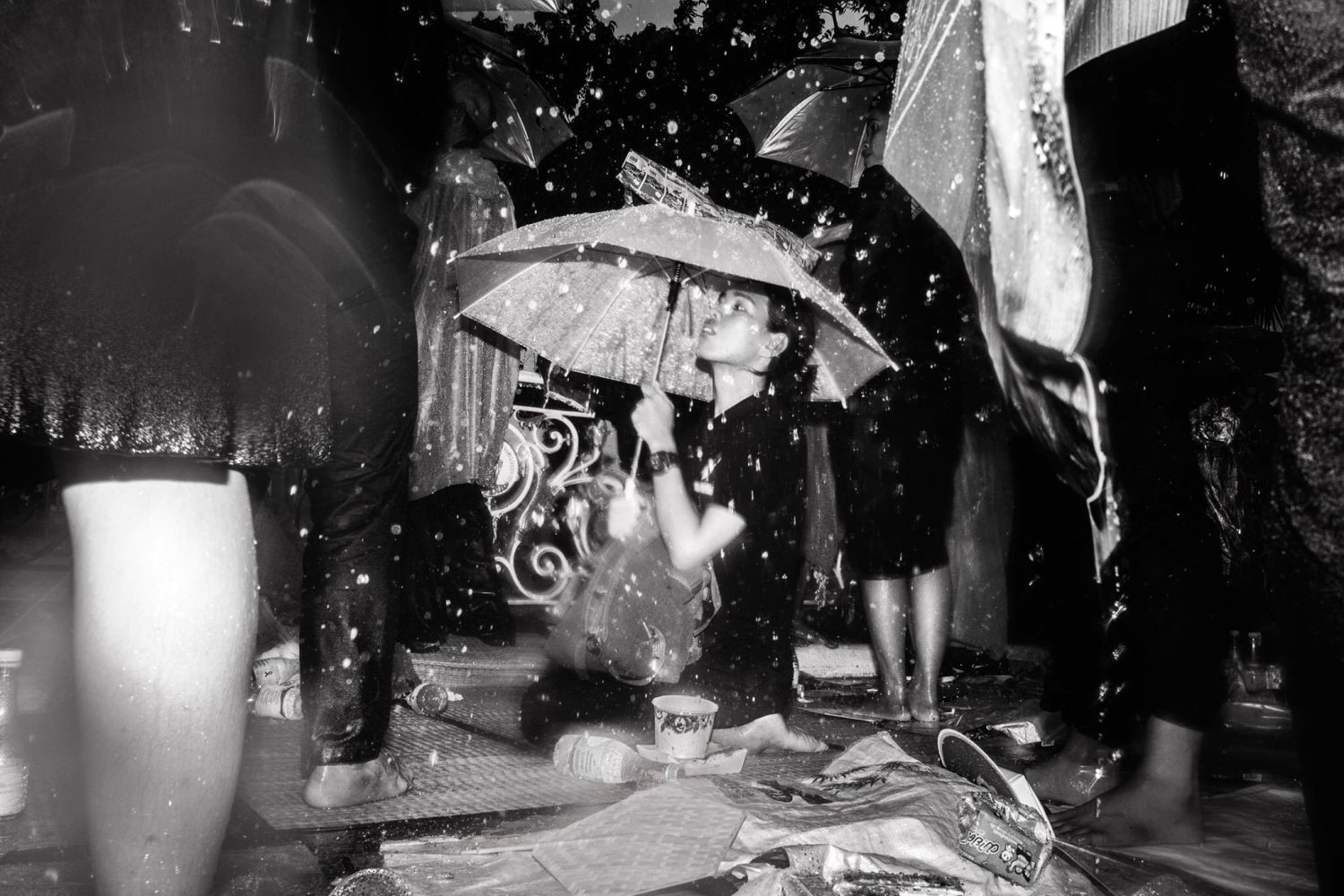 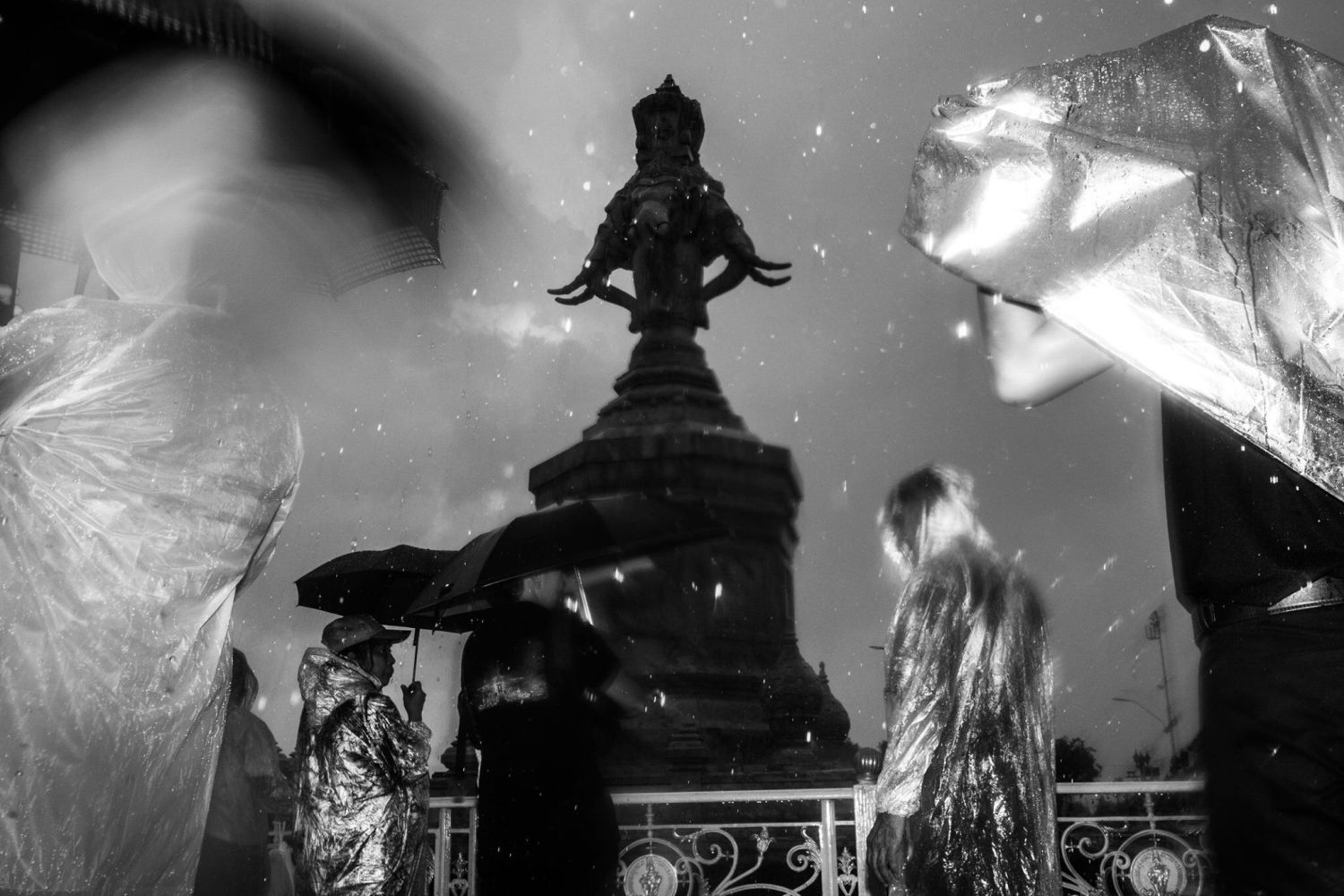 By looking at your portfolio you also like to photograph animals a lot. How does that come about?

It increases more and more because I like animals much more than people. My career involves dealing with people constantly, luckily they’re nice people, but I treat my street photography as leisure, and I don’t want to engage with people sometimes. I wish to shoot something I adore, something I want to stay close to, and they’re animals I guess. Dogs are really cute too hahaha.

How does working in the film industrie influences you approach in Street Photography?

The film industry has a missive influence on my photography. My favorite thing to do in shooting moving picture is lighting. I love experimenting with lights. Most of the time it fails, but it’s crazy fun. I treat my street photography as a scene, then I would approach it with questions like “how should I light this?” This is really giving me a lot of freedom and a lot of room to experiment since it only cost 2-4 flashes in street photography while in the film industry lighting a single scene can cost almost 5,000 dollars.

I love shooting self portraits at night after work, making up stories for my pictures. It always start with ‘what if I do this to the light,’ and I go do it. It’s almost like a science experiment, start with hypothesis, then test it out, 90% of the time it fails.

What are your favorite places to shoot in Bangkok?

I don’t really have one, but I don’t go into the city, I find it not very attractive. I prefer shooting around the outside area of Bangkok near construction sites and ponds.

Are there any projets you are working on at the moment?

Right now I’m having a small break in my Photography because I just accepted this job for cinematography that will keep me busy 24/7 for the next 2 months, but I’m having this project call Lucid Dreaming, where I try to put myself in half a sleep condition and write what ever, write as much as possible, and shoot it when I’m sober.